Mashed up! It’s like sumo wrestling, but you've been fused to your opponent by a mad scientist! Knock them on their head to claim ownership of the body, before they knock you on yours...

Control your fighter’s movement to try to push your opponent’s head to the ground in a game of physics-based fighting. Beware, as they will try to do the same. The game features a single-player mode to fight against an AI, and it has a local two-player mode to play against a friend using the same keyboard.

The game controls somewhat similar to, but also different from, QWOP. You use the U, I, O, and P keys to control your legs. In local versus mode, player 2 uses the Q, W, E, and R keys.

Suggested strategies: Jumping with both legs, waving your legs in the air to generate thrust, air kicks. 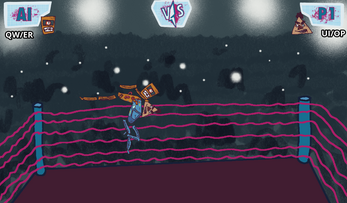 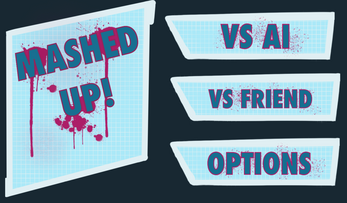 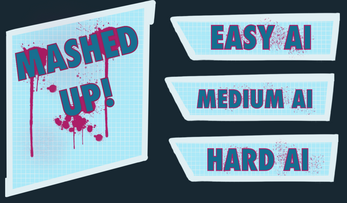